Sri Lanka is home to over 6000 elephants – 250 of them unfortunately still in captivity. With so many organisations now claiming to be sanctuaries, it’s hard to know which ones are okay to visit. Here’s what you should know about volunteering at the Elephant Freedom Project in Kegalle – one of the few ethical sanctuaries for elephants in Sri Lanka.

Quickly step into parts of the guide:

all blog posts about sri lanka

What is the Elephant Freedom Project?

The Elephant Freedom Project is a small family run shelter for captive elephants. Their aim is to give elephants a good and safe home. It is located in Kegalle, a small village between Colombo and Kandy.

During my time as a volunteer the Elephant Freedom Project was home to one elephant, Kumari. She had been rescued from labour work in the harsh wood logging industry and was now living on the family’s land with free access to banana trees. Kumari is staying with a keeper that makes sure she doesn’t hurt herself or others.

You can visit the Elephant Freedom Project for half a day, a full day or several weeks as a volunteer. You can email them if you want to stay for a special amount of time (I stayed for 4 nights).

Note: Every elephant keeper needs to have a stick nearby, in case the elephant gets out of control. This doesn’t automatically lead to mistreatment of elephants (even though the sticks are often used for this purpose). It is important to know that elephants are still wild animals, even if they are used to humans since birth.

What you are doing as a volunteer

As a volunteer at the Elephant Freedom Project you help take care of the elephant. This means everything from cleaning her bed, taking her out for a walk or joining her down to the river.

Besides taking care of the elephants there are several other activities you can do in Kegalle. You can visit a local dung factory that makes paper out of elephant dung, or take the bus to the nearby village to teach English at a private English school. You can also help cook lunch and learn how to cook real Sri Lankan food, or help to improve the project by building or brainstorming and acting on ideas to make things better for the elephant.

Tips! Cooking was my favorite activity. You learn everything from picking and scraping a coconut to what type and how much spices to use for the perfect curry dish.

Am I alone as a volunteer?

You can’t expect to be the only one volunteering, as they accept half day and full day visits each day. If they don’t have any other bookings it will be only you. The group is never bigger than 10 people (as opposed to many other similar places).

As a volunteer you are always accompanied by two professional English speaking coordinators. Also: You are not alone at the project, the Elephant Freedom Project usually takes in several volunteers at the same time. They, however, have a controlled number of volunteers and never take in too many at the same time.

How much does it cost?

Visiting the Elephant Freedom Project costs different depending on how long you want to stay there. 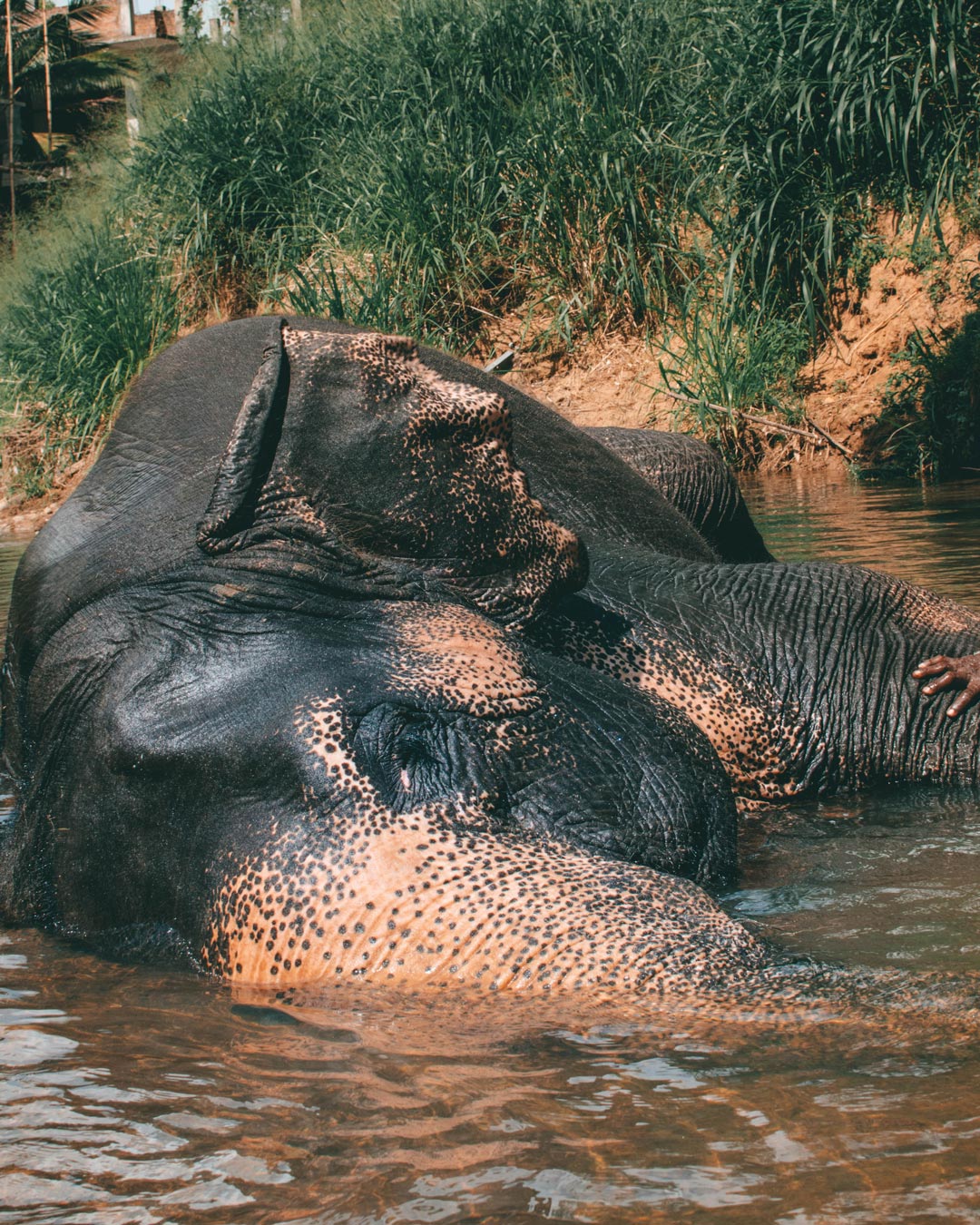 How to book your stay at the Elephant Freedom Project

To volunteer at the Elephant Freedom Project you need to book in advance. You can easily book your stay via their booking form at their website. Shortly after your booking you will receive an email from them with all the information needed. I paid a small deposit the week of my booking (25 percent) and the rest 1 week before my time of arrival.

How long in advance should I book?

I booked my stay around 1,5 months before my arrival – with no problem getting a spot.

How to get to Elephant Freedom Project

For how long should I volunteer?

I was at the Elephant Freedom Project for 4 full days, which was a bit too much. Maybe 3 days is perfect. You will have plenty of time to be around the elephant, do all of the other activities offered, get to know the family and still have time to chill and really take in the Sri Lankan culture.

If you don’t have that much time in Sri Lanka and need to speed it up, I would recommend the full-day volunteering. You will have plenty of time to be around the elephant, and still try some of the other activities. Their half-day volunteering would be a bit stressful.

Is it ethical to visit the Elephant Freedom Project?

With so many organisations now claiming to be sanctuaries, it’s hard to know which ones are OK to visit. The Elephant Freedom Project is one of two elephant shelters in Sri Lanka that is ethically run, according to both The Guardian and Responsible Travel.

Using elephants for tourism or labour work is a big problem in Sri Lanka. Many organisations, including the government, are still making money from renting out elephants for riding. You should never ride an elephant, wherever you are in the world. Elephants that have been born in captivity and living with humans their entire life have poor conditions (or none at all) to return to the wild. Other elephants can sense that they smell different, and shut them out of the group – which eventually will lead to their death.

At the Elephant Freedom Project there is absolutely no riding or mistreatment of elephants. The one elephant they had during my time as a volunteer was rented from her owner in order to prevent him from leasing her out to a trekking camp or zoo. They have small groups of visitors and the elephants are never chained.

I believe the Elephant Freedom Project has good intentions with their project but I can of course not know whether or not it is 100 percent ethical. Elephants are always better off in the wild. My position is that I wanted to support a project that leads to a better life for some elephants.